The first time I saw macaws flying freely and calling with joys at the same time was outside the hotel parking lot in Connecticut, USA.  It was the 2016 American Federation of Aviculture Conference.

These beautiful well-trained macaws belong to Buddy, an aviculture enthusiast who also teaches free flight.  They were caged next to our booth during the day when the conference was held. They frequently called for attention and it was Loud.  The free flight demo was held on the last day.  I was totally in awe seeing them in their true form, gliding in the sky, chasing each other, and responded to Buddy's call.

With their wings expanded, they fly majestically.  Many years ago I had a dream that I was holding a beautiful big bird with a very long curvy tail and its back was inlaid with shinning stones and diamonds.  I did not know what a macaw was, that dream was very peculiar to me.  Twenty five years later,  I think these ARE the phoenix in my dream. 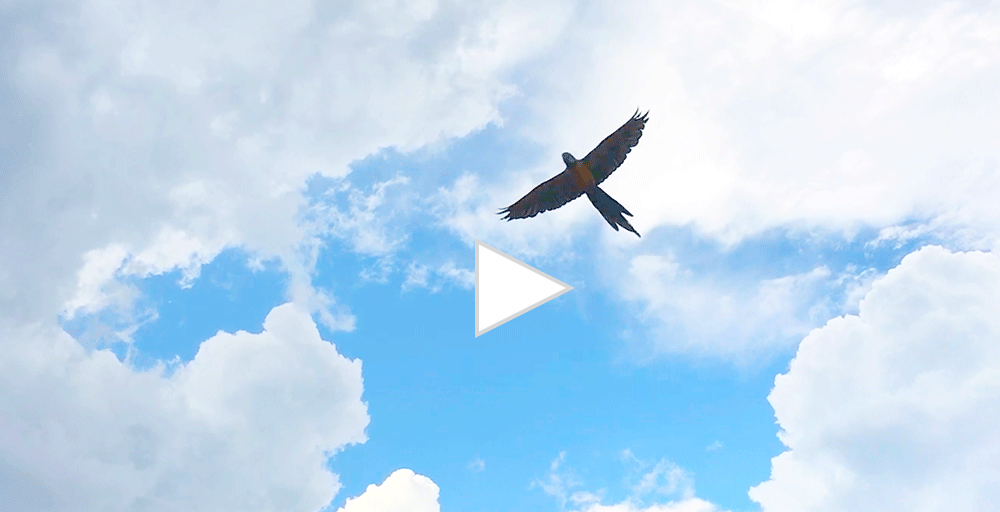