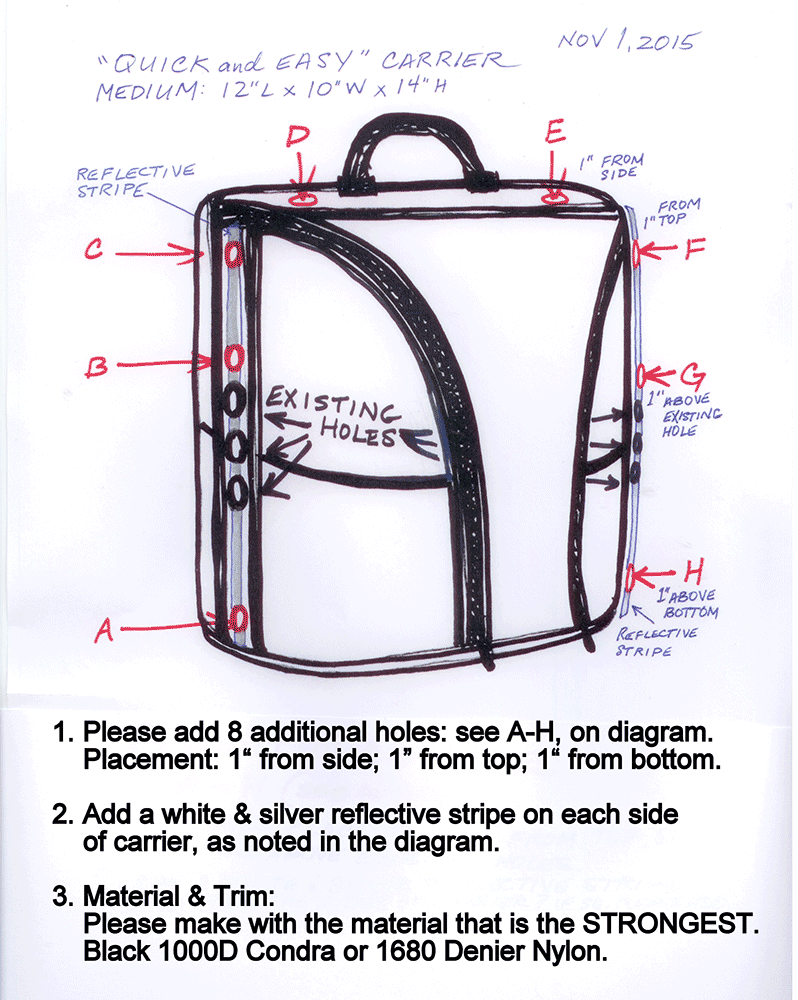 Brianne had purchased several items from us for her Congo Grey who loves his airline and Pak-o-bird backpack carriers. She was looking for a quick access design when the bigger Pak-o-Bird becomes too cumbersome for her sometimes. She had spine surgery with subsequent neck issues and needed a smaller quicker carrier for shorter distances. Based on pictures of the Birdie GoGo prototype, Brianne emailed us a diagram of changes she wanted to add. She is 5'3" tall and weighs about 120 lbs. and needed the strap that matched her statue.

We discussed the purpose of the changes and incorporated most of the requests. Beginning mid August 2016, we have added D-ring on top for hanging bird toys.